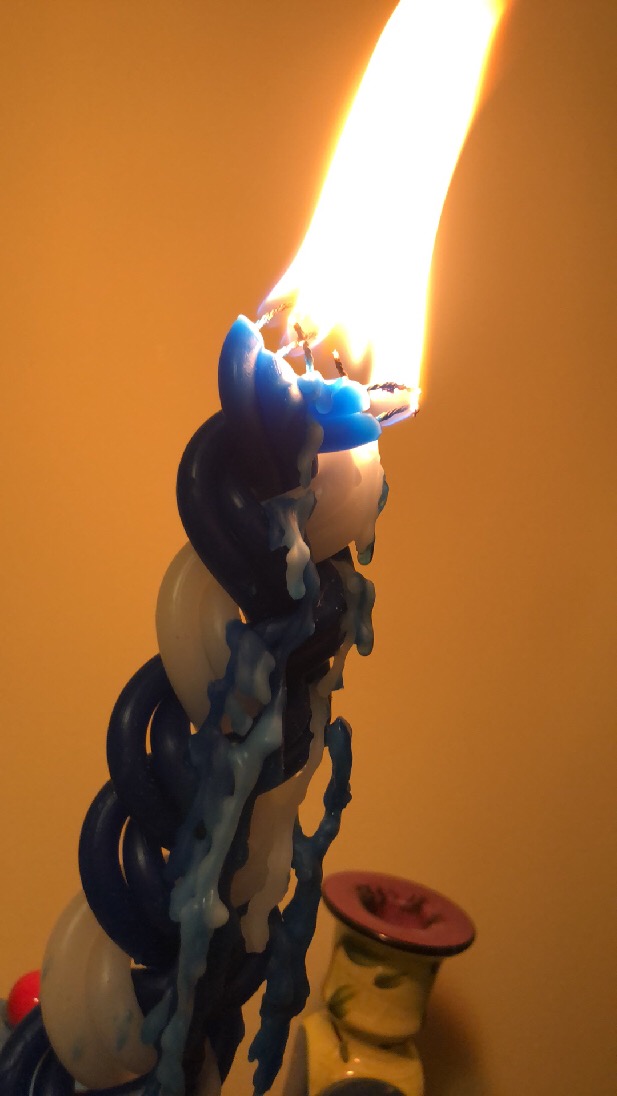 This week I used cinnamon and nutmeg for the spices during Havdalah. Winter is coming and it’s getting colder out, and I enjoy those smells during this time of year.

The end of Shabbat (the Sabbath) is one of the most intense Jewish experiences of time. According to rabbinic tradition, Adam and Eve, created on the sixth day, sinned and were sentenced to exile from the Garden of Eden. God granted them stay of sentence, allowing them to spend one day, Shabbat itself, in the garden. During that day, say the Sages, the sun did not set. As Shabbat came to an end, and darkness began to fall, the first human beings prepared to leave paradise and enter the world outside with its conflicts and challenges, hazards and fears. Assuring them that He would be with them, God gave them a gift, the ability to make light: hence our custom of making a blessing over light in the Havdalah service. Havdalah is to the end of Shabbat what Kiddush is at the beginning: the marking of a transition from secular to holy time and vice versa. It is our way of fulfilling the mitzvah (commandment from God) to “Remember the Sabbath day”, understood by the Sages to mean: Remember it at the beginning and at the end” – in both cases over a cup of wine.
Its deeper meaning recalls the moment at which Adam and Eve, exiled from Eden because of their sin, prepared to enter, for the first time, the world outside, with its darkness and dangers. As a gift, God showed them how to make light. Hence the light of Havdalah.
This profound parable is the reverse of the Greek myth of Prometheus – who stole fire from the Gods and was sentenced to everlasting torment. Judaism teaches that God wants and blesses human creativity. Day 8, for humans, was the counterpart to Day 1 for God. Just as God began creation by making light, so He taught humans how to make light inviting them to become “His partners in the work of creation.”
One of the key verbs in Genesis 1 is bet-dalet-lammed, “to separate, distinguish, divide” -the root of the word Havdalah. It appears five times in the chapter. By inviting human beings to engage in Havdalah at the end of Shabbat, God invites us to create worlds. Creation involves the ability to make distinctions, to rescue order from chaos, to respect the integrity of creation. Havdalah is thus not only a human blessing over the end of the day of rest, but as it were a Divine blessing over the days of work. The Creator invites us to be creative – but always and only in a way that respects differences and distinctions, the laws of nature and the moral law. The message of Havdalah is: if we respect the integrity of boundaries, we can turn chaos into order, darkness into light.
The order of Havdalah is: 1. preliminary verses from Isaiah and Psalms; 2. the blessing over wine; 3. spices, to refresh us after the loss of the “extra soul” we had on Shabbat; 4. a blessing over lights; 5. the Havdalah blessing itself, for the ability to recognise, and the responsibility to honour, boundaries.